Pace Gallery, Anton Kern Gallery, and A Palazzo Gallery are pleased to present three concurrent solo exhibitions of work by Nathalie Du Pasquier this June. Pace Gallery’s online exhibition Spaces Between Things brings together more than a dozen works to trace Du Pasquier’s evolution from figurative, still-life compositions toward pure abstractions. Anton Kern Gallery’s online exhibition, Message From My Room, is comprised of new colored pencil drawings made this past March during lockdown at the artist’s home in Milan. Meanwhile, an installation entitled Constellation for A Palazzo Gallery —located at the noble floor of a prestigious 16th century palazzo in the center of Brescia, Italy — consists of a new site-specific installation combining an object, a three-dimensional architectural painting, alongside new works on canvas. Together, these three exhibitions consider the centrality of painting to Du Pasquier’s multifaceted practice, in which both architecture and drawing play significant roles.

During the 1980s, Nathalie Du Pasquier was a key figure in the Memphis Group, the renowned Milanbased movement in postmodern design led by Ettore Sottsass. In 1987, Du Pasquier put aside her work as a designer and dedicated herself exclusively to painting. For the three decades following this shift, she continued to challenge the possibilities of painting with still-life scenes based on arrangements of everyday objects composed in her studio, as well as with figurative depictions of
three-dimensional wood constructions, which served as models for her early abstract compositions.

In a new essay that accompanies the exhibitions, Oliver Shultz, Pace Gallery Curatorial Director, writes that across media, “still life remains the essence of Du Pasquier’s approach to creating environments: each painting becomes an object within the larger arrangement.” Together, all three gallery exhibitions present the full scope of Du Pasquier’s work over the past decade, highlighting her robust creative output, which reaches far beyond her early contributions to the Memphis Group while returning to many of the ideas she explored during that period for the first time in thirty years. Additional details on each gallery exhibition are included below.

Spaces Between Things spotlights Du Pasquier’s continued progression toward a new language of abstraction in her recent practice. Between 1987 and 2012, Du Pasquier distinguished herself as a painter through her increasingly crisp and effervescent figurations. In the 2000s, she began building three-dimensional wood constructions and using them as models for her compositions. In 2012, she completed a series of drawings in colored pencil in which, for the first time, she liberated her forms from physical models, creating images directly from her imagination. “Those drawings were the things that pushed me in the direction [of abstract painting],” she explains, “all of a sudden I understood that I didn’t need to do all these models. That I could just go straight onto the paper or canvas.”

The exhibition spotlights two of Du Pasquier’s most recent abstract paintings, juxtaposing them with a dozen other works that tell the story of her artistic evolution over the past decade. Ultimately, writes Shultz in his essay for the exhibition, the presentation reveals Du Pasquier “as a painter who renders the dazzling complexity of simple things. . . [who] coaxes out enchantment from forms hiding in plain sight around us. She uses abstraction to invent maps for expanding the possibilities of our seeing.” This online exhibition will also feature a series of aesthetic interventions into the online viewing room, extending Du Pasquier’s unique approach to exhibition design – usually employed in the physical installation of her works – into the digital realm.

Whether abstract or constructivist, the same boundary-blurring approach is evident in the artist’s most recent body of drawings, made over the course of three weeks in March of 2020, which are the subject of Anton Kern’s online exhibition. These new colored pencil drawings on blue paper reflect the artist’s state of enforced isolation during the first weeks of the Coronavirus outbreak in Milan, where Du Pasquier has lived and worked since 1979.

The artist notes that “these drawings were done between March and April. On planet Earth it is springtime, on the radio we don’t know if it is November or August. It does not really matter, time is still.” As the city shut down and Du Pasquier’s existence was limited to life in the studio, drawing provided her a way of passing time in the absence of human contact. “I could not concentrate on painting and I found it more comfortable to sit at my table and make these drawings,” she explains, which “are like little paintings done with colored pencil.”

Since 1999 Du Pasquier has worked with what she called “cabins”. Over the years these have evolved from being simple exhibition tools allowing a different way of perceiving the works, to the status of “unified sculptural whole”. You can enter this big object and experience it from the inside and from the outside. The installation Constellation at A Palazzo is one of these recent versions. Here is what Du Pasquier says about this installation: “it is a big geometrical object in the middle of a space where it does not belong, painted with oil colours on the outside and installed with monochrome volumes inside. On the wall behind, small paintings like other little objects, fly around. All this takes place in a majestic ancient room with fresco painted ceiling and golden moldings. We still don’t know how these things landed here. A Palazzo is in Brescia and in Brescia many elements from different times meet, maybe that is why.”

For more information about A Palazzo Gallery’s exhibition: apalazzo.net/en/

Nathalie Du Pasquier worked as a designer as part of the Memphis Group until 1987, producing
patterns, textiles, decorated surfaces, and furniture.

Since then, her main focus and passion has been painting. Over the past thirty-five years, Du Pasquier has been intrigued by the relationship between objects and the spaces in which they are installed. This ongoing investigation has manifested in paintings, sculptures, designs, patterns, constructions, carpets, books, and ceramics—constantly acting between the representational and non-representational, the tangible and intangible, reality and imagination, and two- and threedimensional forms. An expanded painter working between formats, Du Pasquier is open to new possibilities and experimentation, continuously playing with complex arrangements of forms. For a long period, she produced still life paintings following a precise methodology in combination with pure intuition: building sets with different elements—day-to-day objects first, handmade wood constructions later—and meticulously representing what was in front of her. Du Pasquier now works directly on paper or canvas, while building constructions that play with the juxtaposition of flat surfaces and three-dimensional objects. Her paintings can exist as objects, spaces, or environments, blurring the distinctions between a work and its inherent structures of display.

New objects constantly enrich Du Pasquier’s imaginary and symbolic world and she follows particular, poetic paths to construct and compose forms, sculpt space, and trouble distinctions between abstraction and representation. She treats everything that she has done in the past as raw material for future projects, allowing each work to set its own limits in each instant while at the same time remaining ready to escape its frame and enter into unknown territory.

Under the leadership of President and CEO Marc Glimcher, Pace is a vital force within the art world and plays a critical role in shaping the history, creation, and engagement with modern and contemporary art. Since its founding by Arne Glimcher in 1960, Pace has developed a distinguished legacy for vibrant and dedicated relationships with renowned artists. As the gallery approaches the start of its seventh decade, Pace’s mission continues to be inspired by a drive to support the world’s most influential and innovative artists and to share their visionary work with people around the world.

Anton Kern Gallery represents 34 contemporary artists from the US, UK, Europe, Asia, and South America. The gallery has established a rigorous exhibition program of mostly one-person shows and has developed lasting relationships with international collectors and institutions.

The gallery was established in SoHo in 1996 with the intention to exhibit the work of young and emerging artists, and to bring it to the attention of a large audience as well as collectors and museums. Over the past 24 years, the gallery has consistently worked with a core group of artists to successfully build their careers. Artists who were once emerging are now in their mid-careers, many with museum shows and publications to their credit, and major works placed in international private and museum collections. The gallery space itself has grown along with its artist roster, moving headquarters to 532 W20th Street in 2001 and again to 16 E 55th St in 2017, which is the gallery’s current home.

A Palazzo Gallery was founded in 2008 in an exhibition space of 500 square meters inside a XVI century palazzo in the centre of the town. A Palazzo Gallery is committed to developing a multidisciplinary and cross-generational programme. The gallery represents a portfolio of international artists, both young and historical figures such as Jonas Mekas, Ibrahim Mahama, Nathalie Du Pasquier, Edson Chagas, Olivier Mosset, Augustas Serapinas.

The gallery brings institutional-quality exhibitions to Italian art audiences and international market, and supports the artists through curatorial projects, publications, art fairs, and sustaining and producing works for external projects of great relevance such as La Biennale di Venezia, Documenta, Manifesta. Every project is built on a long and attentive dialogue between the gallery space and the artist; the result is often a show, in which the artworks engage the space in innovative ways, creating complex connections with the architecture of the palace. The gallery encourages and sustains this dialogue through artist residencies. 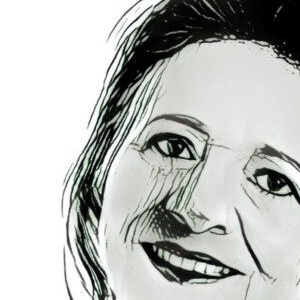