The Work Life Effect is Liam Gillick’s first major solo museum exhibition in Asia. The exhibition continues his interest in questions of production, various modes of work and an endless search for a contemporary abstraction. The title directly refers to this – alluding to the complex tensions between work and life. The Work Life Effect proposes a zone where we sense the effects of the merging of work and life that has accelerated in the digital period and under the conditions of the Covid-19 pandemic. The exhibition does not directly illustrate such processes, rather it evokes a twilight mood of lights, forms and affects that bring forward how emotional and formal aspects of perception and experience are altered when we are subjected to new modes of mediated existence.

Liam Gillick is based in New York. His work has been included in numerous important exhibitions including documenta, the Venice Biennale (where he represented Germany in 2009), the Berlin Biennale, and the Istanbul Biennial. His solo museum exhibitions include Standing on Top of a Building: Films 2008-2019, Madre Museum, Naples, Italy, 2019; The Light is No Brighter at the Centre, CAC, Vilnius, Lithuania, 2017; Campaign, Serralves Museum, Porto, 2016; Three Perspectives and a Short Scenario, Museum of Contemporary Art, Chicago, 2009; Projects 79: Liam Gillick, Literally, the Museum of Modern Art, New York, 2003; The Wood Way, Whitechapel Gallery, London, 2002, and Annlee You Proposes, Tate Britain, London, 2001.

Gillick’s work is held in many diverse public collections including the Centre Pompidou in Paris, the Guggenheim Museum in New York and Bilbao, Tate, London and the Museum of Modern Art in New York. Over the last twenty five years Gillick has also been a prolific writer and critic of contemporary art. Throughout this time Gillick has extended his practice into experimental venues and collaborative projects with artists including Philippe Parreno, Lawrence Weiner, Louise Lawler, Adam Pendleton and the band New Order, in staging a series of concerts in Manchester (2017), Turin and Vienna (2018). 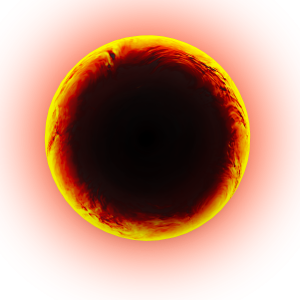 March 11 – May 1, 2021We are delighted to present Barbarian Days, opening Thursday, March 11th at the gallery’s St. Barth location, featuring work by: Rachelle